Scott Messina is a performer, producer, host, entrepreneur and one of nation’s most renowned MC/DJ’s for more than two decades.

Born in Washington, DC, Scott Messina knew at the young age of twelve that he would have a successful career in entertainment.  From producing and performing at highly-publicized celebrity events, movie premiers and conventions, to creating new music, television and web site concepts, Messina continues on his path of developing, producing, creating and performing at a record pace.

Entertainer/Producer Scott Messina was born in Washington, DC.  Raised in Temple Hills, Maryland, Messina is the middle of three children born to Ern and Diane Messina.  His hard-working parents were both schoolteachers for over thirty years, dedicating their careers to the performing arts and television production.  From theatre and music to state-wide tours and television, the Messina family was always involved with the arts in some capacity.

As a teen, Messina formed his first Top 40 band, Visions. They played for homecomings, pep rallies, talent shows and were featured on, Pick Up the Beat, a local television program filmed at ABC Studios in Washington, DC.

In the early 1990’s, Messina interned for LUV Records, an indie label owned by Ben Thomas, one-time bandleader for the, “Godfather of Soul,” James Brown. Messina credits this experience for his signature high-energy on-stage performances of today.  LUV soon became a subsidiary of Pow-Wow Records, which, behind Def Jam, was one of the original hip-hop labels in New York City. At the time, Foxy Brown was one of the labels’ top-charting artists.

Determined, Messina attended the University of Maryland during the day and worked in the studio every night until the sun came up. He carefully studied his craft–engineering, songwriting and performing–while helping develop several groups and solo acts, including superstar R&B artist, Genuwine, who went on to sign with Atlantic Records.

Messina began videotaping local cable commercials and weddings. He drove limos, worked at Ruby Tuesday, where he met Tammy, his wife of eighteen years, and was then contracted by Van McCoy Publishing to archive over 900+ original, never-released tunes. Van McCoy was best known for two major hit singles, “The Hustle,” and “Baby I’m Yours,” which can still be heard in Buick commercials today.

Hard work paid off for Messina, who swiftly became an esteemed wedding videographer and in-demand keyboardist. But Messina had reached a turning point. While working at a traditional American wedding, he saw firsthand the stress and disappointment caused because the DJ could not speak any English. Messina vowed to become a DJ for special events, and to become the BEST.

Opportunity knocked again when Pepsi announced it was launching a new promo campaign, Drink Pepsi, Get Stuff.  Messina immediately traveled to Baltimore for the tour audition. Within 24 hours of hearing a few samples, the producers from Media Star Promotions contracted the talented songwriter and musician to write the tour’s music, as well as awarded him the video contract to document it.

As he focused on producing and performing for celebrity and corporate events, Messina continued to pursue his ultimate goal of becoming one of America’s finest DJ’s. In 1999, he and his family relocated to beautiful Orlando, FL and a whole new journey began.

Close friend and baseball legend, Ken Griffey Jr. once told him, “If you want to be a star, then you have to hang with the stars.”  This message hit home for Messina, who quickly made a name for himself as one of the most sought-after and respected entertainers within Florida’s elite private sector.

His long-time dream realized; he is now proudly ranked among the nation’s top MC/DJ’s at the world’s most visited vacation resort as well.

Messina looks to continue on his professional path of hosting special events while pursuing exciting acting and television opportunities, including creating and developing a series of new pilots and cutting-edge concepts. Messina’s demand and popularity in the DJ world continues to grow nationally, along with his songwriting and recording projects. With new audio recordings and soon-to-be launched focus-specific websites on the horizon, this skilled entertainment professional is a true star among stars.

In order to generate donations and funding for a specific cause, Messina donates his services and efforts throughout the year.  Just recently, Messina teamed with Brooke Burke and Ross Mathews to help make history at Runway to Hope, an Orlando-based charity that provides children suffering with cancer the chance to walk the fashion runway wearing their hottest threads and being escorted by their favorite celebrity. With Messina’s help and expertise, an amazing $830,000 was raised in one evening to help find a cure for childhood cancer.

Messina also donated an upright piano to the children at BASE Camp Children’s Cancer Foundation and encouraged them to paint it red, white and blue for their new facility.  “If donating a piano and having a fun afternoon helps get these kids’ minds off their issues for even a moment, I consider that a total success,” said Messina. 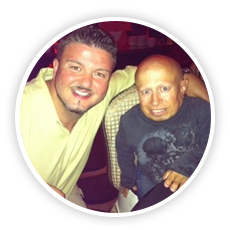 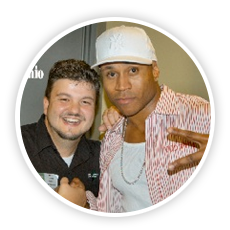